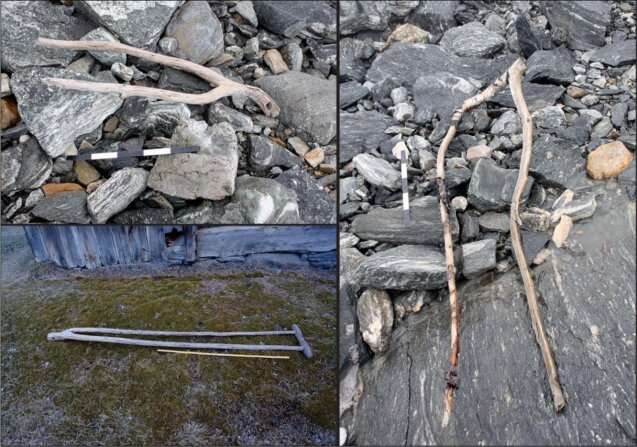 High in the mountains of Norway, melting ice has led to the discovery of an ancient remote mountain pass, complete with trail markers and artifacts from the Roman Iron Age and the time of the Vikings. The remains reveal this route served a dual function historically: It was once a significant passageway for moving livestock between grazing sites as well as for inter-regional travel and trade. This particular receding ice patch is known as Lendbreen, and because of its tame geologic features, hundreds of artifacts have been pristinely preserved. Most are from the Viking Age, providing an odd inland perspective to the age-old tales of their audacious maritime journeying.

Glaciers and ice patches throughout the world's high mountain regions are receding, leaving behind precious artifacts, like Ötzi the ice man and his tool kit, that have been buried under ice for centuries. The rate of melt has been accelerating over the past few decades as a result of the warming climate. In the 1980s, glaciers lost less than a foot of ice per year, on average. That number increased every decade so that by 2018, glaciers around the world were losing mass at a pace of three feet per year. This rise in melt drastically propelled the field of glacier and ice patch archaeology—especially in Scandinavia, the Alps and North America—as archaeologists raced to collect artifacts uncovered by this process.

Read the rest of this article...
Posted by David Beard MA, FSA, FSA Scot at 08:53 No comments: 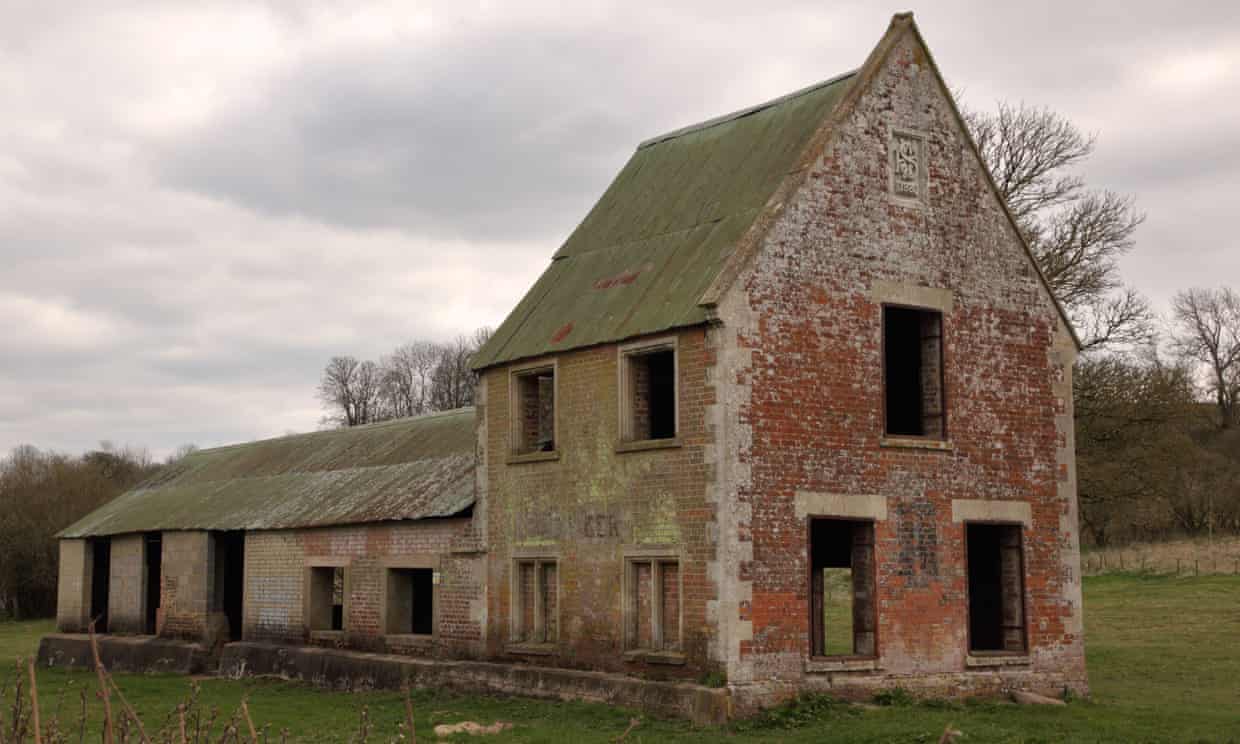 Most of Britain’s ghost towns were abandoned after a previous pandemic – the Black Death – wiped out entire populations from hundreds of villages. The greatest losses were in Norfolk and Suffolk, often the landing points for plague-infested ships.

Coastal erosion also contributed to settlements in these counties disappearing into the sea. The most famous, Dunwich, was a thriving port, equivalent in size to 14th-century London, before the sea swallowed it and its eight churches, earning Dunwich the name England’s Atlantis. While the majority of British “ghost villages” have all but disappeared, a few still offer rewards – and warnings – for the curious.

At the outbreak of the second world war, the Ministry of Defence commandeered several villages for target practice and manoeuvres. Imber, in Wiltshire, is still used for this purpose. On Open Days, visitors can wander deserted streets lined with skeletal houses, a Norman church and a bullet-riddled pub (Imber hopes to be open for August bank holiday this year).

Read the rest of this article...
Posted by David Beard MA, FSA, FSA Scot at 06:59 No comments:

Migration patterns reveal an Eden for ancient humans and animals 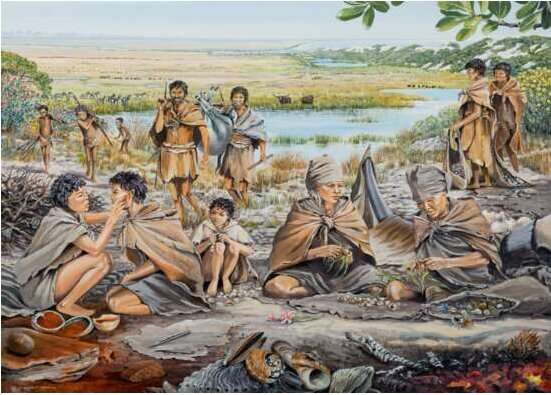 An artist rendering of the Palaeo-Agulhas Plain during the Pleistocene.

Home to some of the richest evidence for the behavior and culture of the earliest clearly modern humans, the submerged shelf called the Palaeo-Agulhas Plain (PAP) once formed its own ecosystem. Co-author Curtis Marean, Ph.D., Arizona State University, has worked with teams of scientists for decades to reconstruct the locale back into the Pleistocene, the time period that spanned from 2.6 million to 11,700 years ago.

In this study, the researchers looked specifically at antelope migratory patterns at Pinnacle Point. This series of cave sites that sit on the modern South African coast offers archaeological materials from humans who were living and hunting there back to 170,000 years ago.

"During glacial cycles, the coastal shelf was exposed," said Hodgkins. "There would have been a huge amount of land in front of the cave sites. We thought it was likely that humans and carnivores were hunting animals as they migrated east and west over the exposed shelve."

Read the rest of this article...
Posted by David Beard MA, FSA, FSA Scot at 09:16 No comments:

Endangered cultural heritage on the seafloor: Underwater archaeology in the North and Baltic Seas 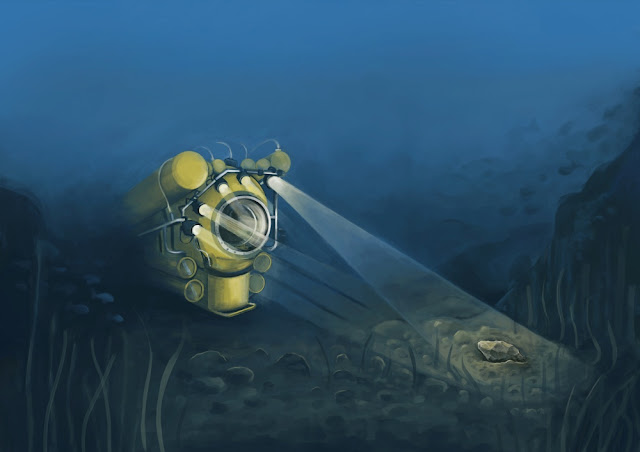 The authors of the publication illustrate the profound importance of the cultural heritage in the North Sea and Baltic Sea for archaeological research in Germany and the other states bordering the two seas. According to the authors, in Germany, the underwater cultural heritage has been explored much less than that on land.

At the same time, there is a lot of pressure to economically exploit the seas and the seafloors – a trend that is only expected to increase. Thus, two primary objectives are laid out in the discussion paper.

Firstly, the investigations of the cultural heritage in the North Sea and Baltic Sea should be comprehensive and be carried out to the same high scientific standard as those on land. Secondly, Germany should establish protective measures in its exclusive economic zone which are just as effective as those which have long been in effect on land.

Read the rest of this article...
Posted by David Beard MA, FSA, FSA Scot at 09:09 No comments:

Drowned Paleo-Agulhas Plain was an Eden for Early humans 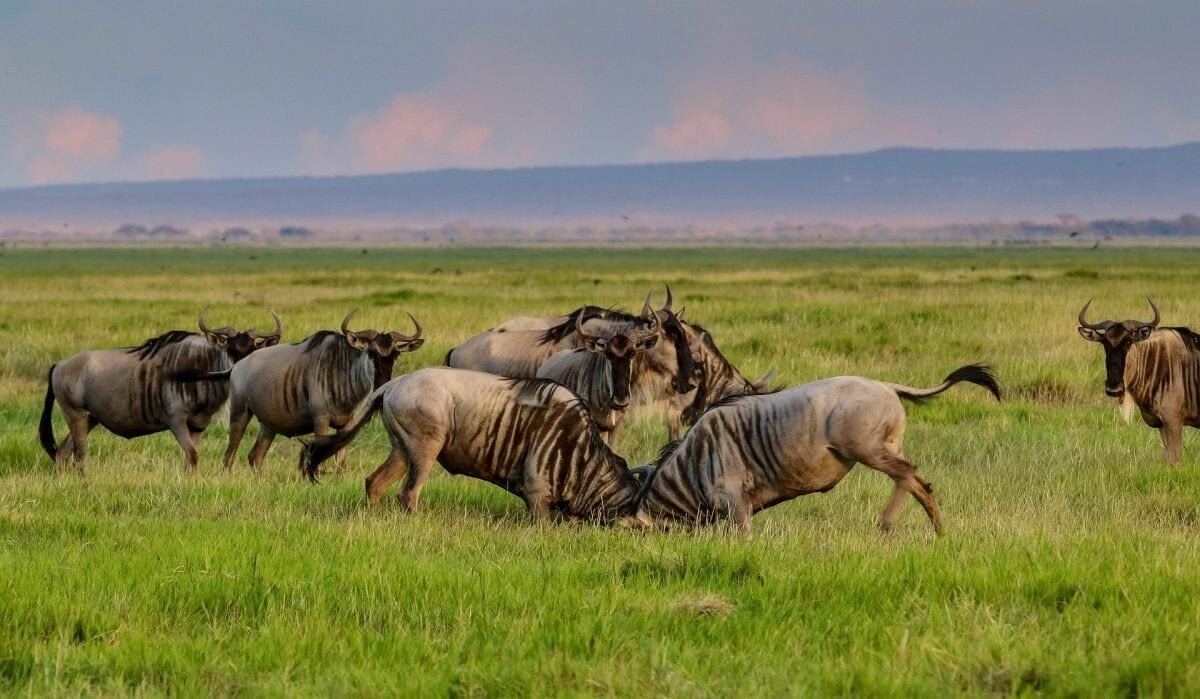 The Paleo-Agulhas Plain in South Africa had diverse, verdant ecosystems and abundant game for early Humans.
In contrast to ice age environments elsewhere on Earth, it was a lush environment with a mild climate that disappeared under rising sea levels around 11,500 years ago.

An interdisciplinary, international team of scientists has now brought this pleasant cradle of humankind back to life in a special collection of articles that reconstruct the paleoecology of the Paleo-Agulhas Plain, a now-drowned landscape on the southern tip of Africa that was high and dry during glacial phases of the last 2 million years.

“These Pleistocene glacial periods would have presented a very different resource landscape for early modern human hunter-gatherers than the landscape found in modern Cape coastal lowlands, and may have been instrumental in shaping the evolution of early modern humans,” said Janet Franklin, a distinguished professor of biogeography in the department of Botany and Plant Sciences at UC Riverside, an associate member of the African Centre for Coastal Palaeoscience at Nelson Mandela University in South Africa, and co-author of several of the papers.

Read the rest of this article...
Posted by David Beard MA, FSA, FSA Scot at 08:57 No comments: 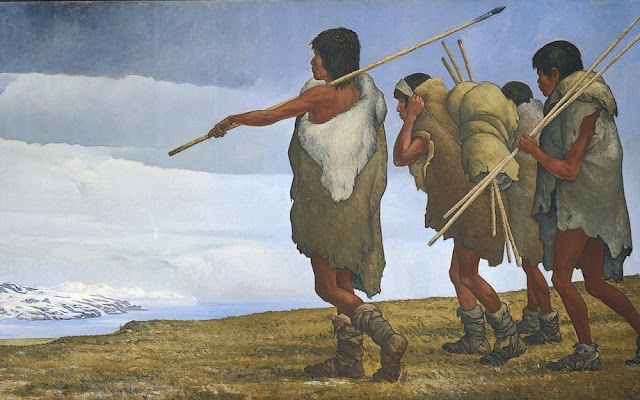 Artist’s re-creation of the first human migration to North America from across the Bering Sea
[Credit: DEA Picture Library/Deagostini/Getty Images]

Today, sea-level rise is a great concern of humanity as climate change warms the planet and melts ice sheets in Greenland and Antarctica. Indeed, great coastal cities around the world like Miami and New Orleans could be underwater later in this century. But oceans have been rising for thousands of years, and this isn't the first time they have claimed land once settled by people. A new paper published in Geographical Review shows evidence vital to understanding human prehistory beneath the seas in places that were dry during the Last Glacial Maximum. Indeed, this paper informs one of the "hottest mysteries" in science: the debate over when the first Asians peopled North America.

The researchers behind the paper studied "choke points" -- narrow land corridors, called isthmuses but often better known for the canals that cross them, or constricted ocean passages, called straits. Typically isthmuses would have been wider 20,000 years ago due to lower sea levels, and some straits did not even exist back then.

"We looked at nine global choke points -- Bering Strait, Isthmus of Panama, Bosporus and Dardanelles, Strait of Gibraltar, straits of Sicily and Messina, Isthmus of Suez, Bab al Mandab, Strait of Hormuz and Strait of Malacca -- to see what each was like 20,000 years ago when more water was tied up in ice sheets and glaciers," said lead author Jerry Dobson, professor emeritus of geography at the University of Kansas and president emeritus of the American Geographical Society. "During the Last Glacial Maximum, the ocean surface was 410 feet lower than today. So, worldwide the amount of land that has been lost since the glaciers melted is equivalent to South America."

Read the rest of this article...
Posted by David Beard MA, FSA, FSA Scot at 09:54 No comments:

Flooding in the Williams Lake River Valley has washed away thousands of years of Indigenous history while unearthing others.

Since a pollution abatement order was issued to the City of Williams Lake by the Williams Lake Indian Band (WLIB) on April 30, WLIB manager of title and rights Whitney Spearing said DWB Consulting from Lac La Hache has been working with WLIB, the City, and Ministry of Environment to facilitate environmental testing including water and soil sampling.

Spearing added Sugarcane Archaeology was issued an emergency permit from the Archaeology Branch of British Columbia on May 1.

“So we have a permit now in place to help actively facilitate those emergency works,” she said. “What that means is we are on the ground and we are assessing not only the environmental damage and stream damage of natural portions but obviously disturbances have been created as a result of trying to get access into the lagoons and get power restored and get that cap in place for the effluent so we are in the valley assessing those areas as well as some of the road widening that has happened to get rock trucks in and out of that area.”

Read the rest of this article...
Posted by David Beard MA, FSA, FSA Scot at 02:48 No comments:

Email ThisBlogThis!Share to TwitterShare to FacebookShare to Pinterest
Older Posts Home
Subscribe to: Posts (Atom)
Archaeology has always been closely associated with changes in the climate and the environment. Since the first human species walked the earth here have been massive alterations in the climate and vast changes in the landscape and sea levels.
Nowadays, with the vastly accelerating change in the climate, sites archaeological sites are coming under increasing threat and resources are being strained to the upmost to try and record valuable material before it disappears.
EMAS Archaeological Society

Submit an Entry for this Blog

David Beard MA, FSA, FSA Scot
I am a freelance archaeologist and Fellow of the Society of Antiquaries and the Society of Antiquaries of Scotland specializing in the medieval period. I have worked as a field archaeologist for the Department of Environment (Northern Ireland) and the Museum of London. I have been involved in continuing education for many years and have taught for the University of Oxford Department for Continuing Education (OUDCE) and the Universities of London, Essex, Ulster, and the London College of the University of Notre Dame, and I was the Archaeological Consultant for Southwark Cathedral. I am the author of and tutor for an OUDCE online course on the Vikings, and the Programme Director and Academic Director for the Oxford Experience Summer School.